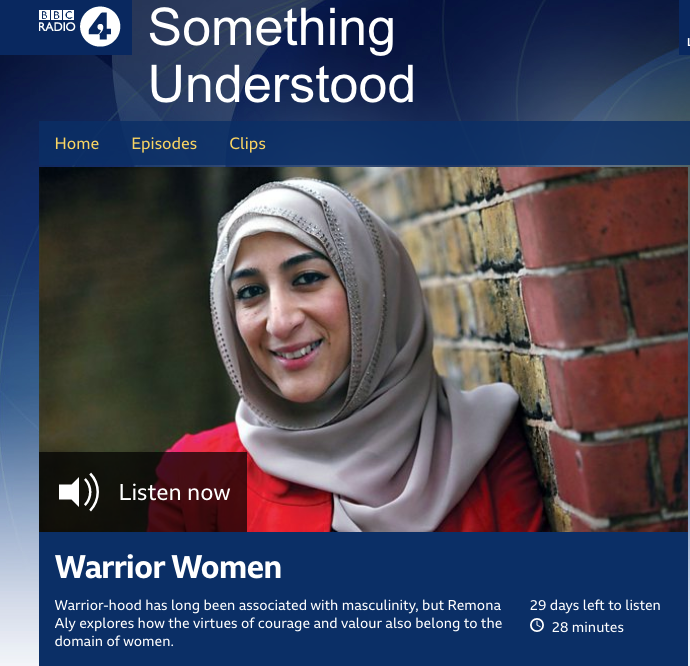 Warrior-hood has long been associated with masculinity, but Remona Aly explores the female warriors throughout history who show that greatness, courage and valour also belong to the domain of women.

She rediscovers the stories of the Celtic warrior queen Boudicca, Umm ‘Amara who fought to protect Prophet Muhammed until she was 60, Mai Bhago who became bodyguard to the 10th Guru of the Sikhs, and Noor Inayat Khan – the first female Muslim to serve as a secret agent in the Second World War.

Remona also interviews Sergeant Wazeeha Laher, an intelligence analyst for the RAF, learning how the role of warrior continues to be redefined to incorporate women. And she explores depictions of warrior women in fiction and popular culture, looking at the battle cries of Beyonce, Dr Who’s first female regeneration, the children’s cartoon Burqa Avenger and the all-female Dora Milaje tribe from the box office hit Black Panther.

Throughout, Remona works to redefine warrior-hood, showing this fighting spirit is not only found in men in the midst of warfare, but in the resilience of a mother in labour, in the fight of a shero against misogyny, and in the very essence of womanhood.