Something Understood: The Divine Feminine 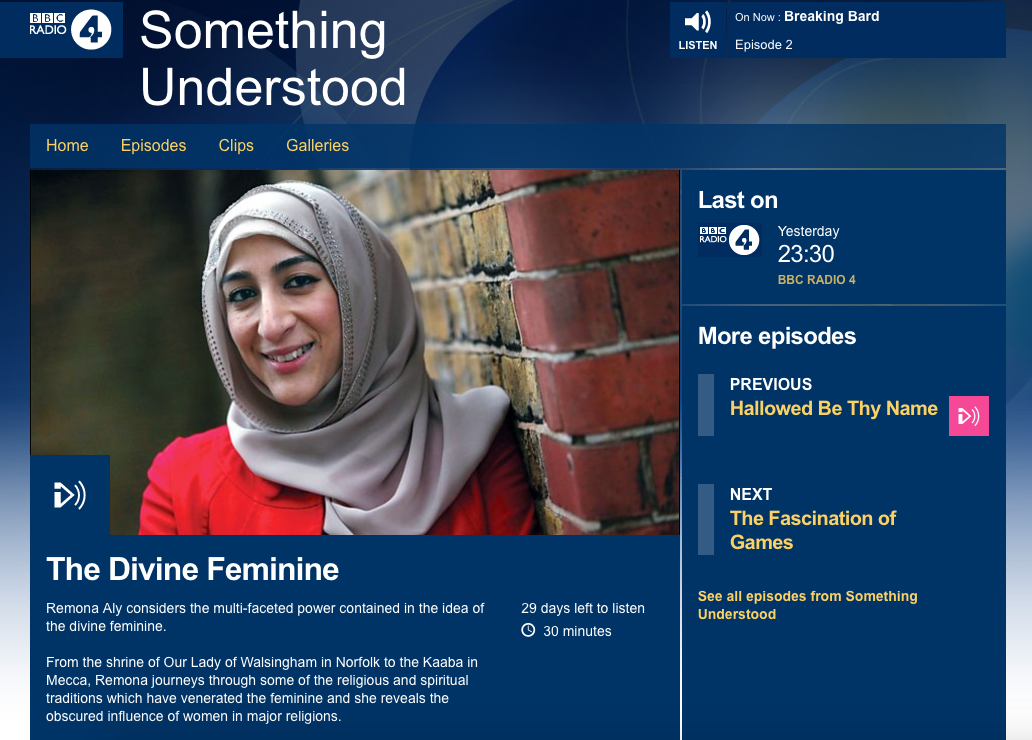 Remona Aly considers the multi-faceted power contained in the idea of the divine feminine.

From the shrine of Our Lady of Walsingham in Norfolk to the Kaaba in Mecca, Remona journeys through some of the religious and spiritual traditions which have venerated the feminine and she reveals the obscured influence of women in major religions.

Remona explains how her first encounter with the Quranic Maryam (the Christian Mary) – and how Maryam’s status as a prophet of Islam – offered her a revelatory new perspective on her own religion and a radical new way of looking at religious traditions across cultures and throughout history.

Taking in the Native American creation story of Grandmother Spider, the mystical Jewish concept of Shekhinah, Beyonce’s channelling of Oshun, a Nigerian Yoruba deity and the fierce spirituality of the Suffragettes, Remona demonstrates that the feminine divine has had many apparently contradictory faces – some soft and nurturing, others imperious, warlike and cruel.

She argues that it is vital for all of us, women and men, to recognise the legacy of the divine feminine, a legacy which transcends simplistic assumptions about gender and offers a return to a more balanced and humane relationship with the world.

The readers are Kate Lock, Milli Proust and Max O’Brien.

Thanks to Ranjana Ghatak for her performance of a poem by Meera Bai (composed by Ustad Ali Akbar Khan).