BBC Radio 4, Something Understood: ‘Inside Out’ 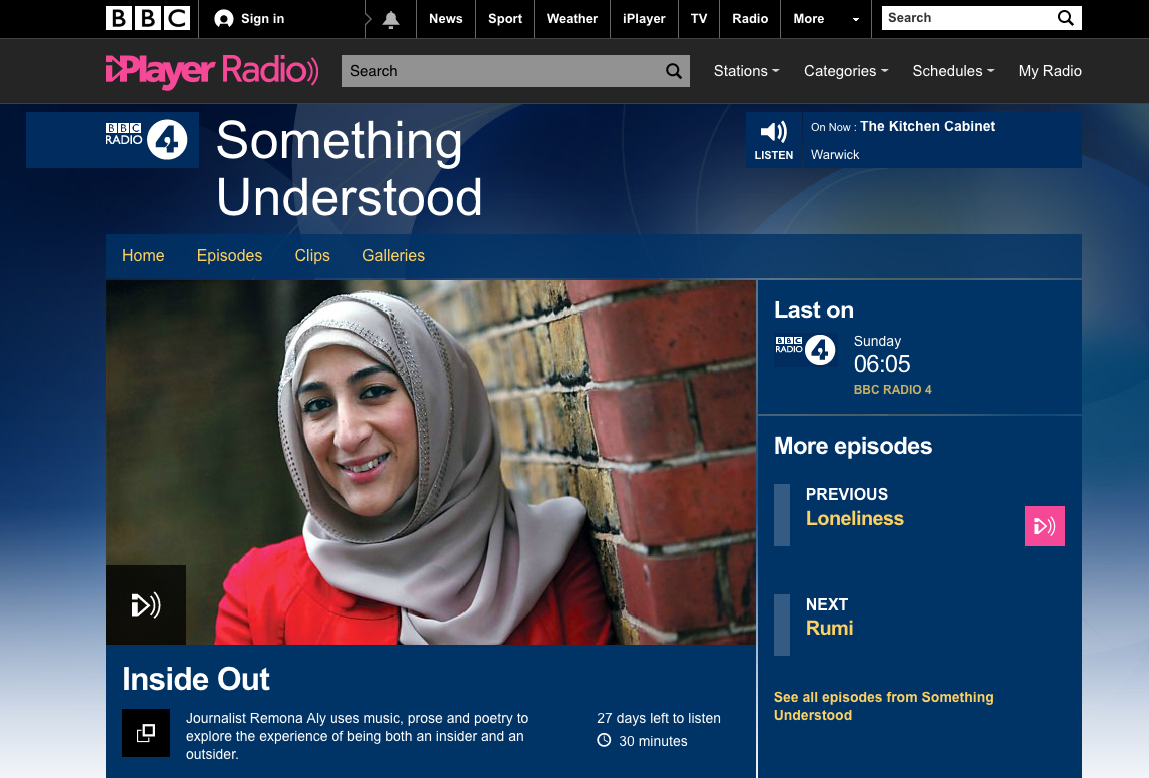 Journalist Remona Aly uses music, prose and poetry to explore the experience of being both an insider and an outsider.

Having grown up in Britain as the child of Indian parents, Remona is familiar with the feeling of being on the outside. As a child she was the only brown girl in a white neighbourhood. She explains that, in Britain, she’s still “not quite British enough” for some while, when visiting her relatives in India, she gets referred to as “the English one”.

Muslims, Remona argues, have outsider blood flowing through their veins. The Prophet Muhammad himself was cast out from society in the land of his birth. Shunned and persecuted by his own people, he, along with a small band of early Muslims, became refugees, migrating from the trials of Mecca to the sanctuary of Medina in what is now Saudi Arabia. This experience of being an outsider, Remona explains, was vital to the leadership of the Prophet when he came to build a new community of followers.

According to Remona, the ability to traverse the worlds of the insider and outsider can be hugely beneficial. By embracing outsider status, we can step back from the action and gain crucial insights into the society to which we belong.

The programme features readings from psychologist Adrian Furnham and influential Muslim convert Leopold Weiss. Remona also draws upon the poetry of Rumi and the music of Yusuf Islam and Woody Guthrie.