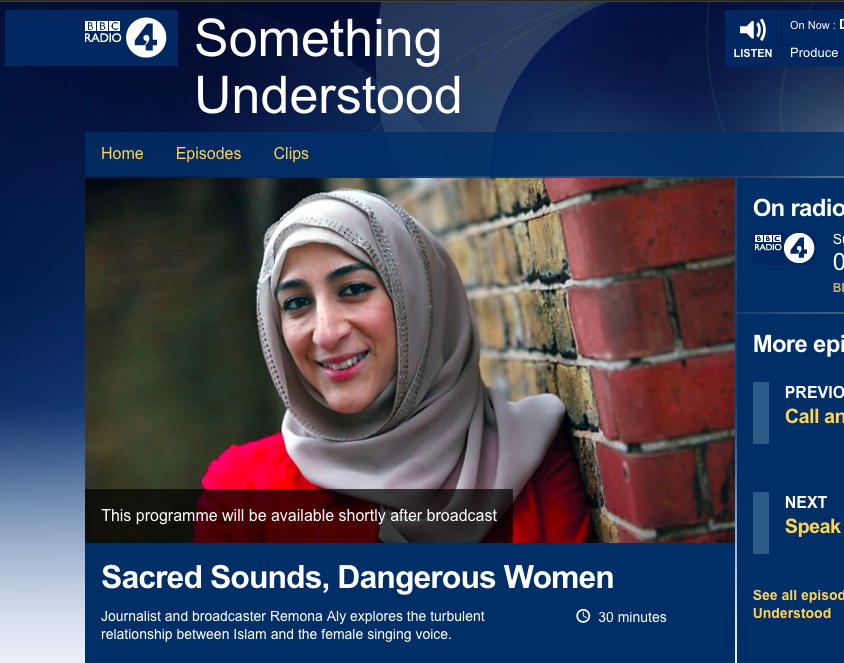 Journalist and broadcaster Remona Aly explores the turbulent relationship between Islam and the female singing voice.

Over the course of history, Islam has had a troubled relationship with music, with some believers arguing that it should be banned. Female singers have been particularly hard hit. Despite periods of repression that have seen Muslim women banned from singing in public and performing solo in front of men, there is a rich tradition of women using music to deepen their Islamic faith.

In order to find out more about the current state of affairs in Britain, Remona speaks to Sakinah Lenoir and Rabiah Abdullah who together make up the acoustic duo Pearls of Islam. The band explain that they believe the negative reactions some have to the sound of the female singing voice is due to fear. Far from trying to revolutionise Islam, the pair explain that their work refers back to the time of Prophet Muhammad who surrounded himself with vocal women, female singers and poets. Following their interview, Pearls of Islam perform their beautiful track Mercy live.

Remona concludes that, while the controversy over female singers remains within certain quarters of her faith, these female singers are far from dangerous. For Remona, the real danger lies in stripping away an avenue of spiritual expression for women whose only aim is to reach out to the divine through music.